How to Bet on the NFL Preseason Learn how to bet on preseason football including how to read the NFL odds, tips and strategies for finding the best preseason NFL picks, and more.

You can bet just as much or more money on an NFL preseason game, as you can on the winner of the Super Bowl. That might sound strange to a sports betting novice but it is absolutely true. Just because the games don’t count, doesn’t mean that the money isn’t real. In fact, betting on an NFL preseason game might be harder than betting on the Super Bowl; in the Super Bowl you know that both teams are trying their hardest, whereas in an exhibition game you don’t even know which teams are going to be trying at all or which players will be suiting up.

How Does the NFL Preseason Work?

The way NFL preseason games generally work is that each team plays four games over four weeks, with the exception of the teams that play in the Hall of Fame Game, which is a fifth game for those two teams. Decades ago, teams used to play as many as six preseason games and now the number is likely to go down to two or three games, as early as 2021, if a seventeenth regular season game is implemented.

Unlike the regular season schedule which is made by the league, teams are charged with scheduling their own opponents for the preseason, which can drastically impact NFL betting odds. Most teams try to choose teams that are close geographically, but not teams in their own division.

Here is an example of an NFL preseason schedule, courtesy of 49ers.com:

What happened to the 2020 NFL preseason?

Because of the COVID pandemic, the 2020 NFL preseason slate was completely cancelled. For every NFL team, the first actual game of the season was Week 1 of the regular season. Because of outbreaks in the summer, and the risk of having teams sustain outbreaks before the regular season even started, it was deemed an unnecessary risk to play preseason games.

From a betting perspective, if anything, this most affected the preseason Super Bowl odds prediction of teams that relied on rookie players who were thrown into an NFL game without a minute of professional experience.

What is the Difference Between Preseason Betting and Futures Betting?

While many people place futures bets in the preseason, you should not confuse futures betting with preseason betting. Futures betting is when you wager on future events, like the Super Bowl or specific division winners. Those bets are often placed during the offseason or preseason, though you can still place a futures bet during the season. However, would-be bettors need to be aware that preseason Super Bowl odds and other similar wagers can have higher than normal lines outside of the regular season.

When it comes to betting on individual games, the preseason operates just like the regular season. You can bet on the spread, over/under, or moneyline for every game, in addition to a smaller slate of player props than you would generally find for a regular season game. The average preseason game will obviously have far less money wagered on it than a typical regular season game, but with the proliferation of online betting, NFL preseason predictions are becoming more common each year.

There are several factors that differentiate betting on NFL preseason games from regular season games. They include resting stars, not knowing which quarterbacks will be playing, not knowing which teams are trying to win the game, less injury news, and more inconsistent betting lines. In short, preseason predictions are difficult to formulate due to the generally high level of uncertainty.

What are the Recommended Strategies for NFL Preseason Betting?

There are a number of strategies that can work for betting on NFL preseason games. Those include determining which team is more motivated, picking the team playing more starters, betting on or against rookie head coaches, finding the outlier lines, and betting on the better quarterback.

When you are betting on a regular season NFL game or a playoff game you do not have to worry about which teams are trying to actually win the game. However, when you are making NFL preseason picks and trying to choose teams to bet on, a crucial part of the process is trying to decipher which teams actually care about winning the game.

There are a few types of teams that consistently do try their best to win preseason games. One of those teams is the team with an embattled coach. In 2008, the Detroit Lions were led by head coach Rod Marinelli, who was desperate to get off to a hot start after only winning ten games in his first two seasons at the helm. Indeed, the Lions went 4-0 in the preseason, never allowing more than ten points in a game, before proceeding to go 0-16 in the regular season, after which Marinelli was fired.

This strategy involves some work, but it has the chance of paying off big time. Generally NFL starters don’t play in the first preseason game, play a little more in the second game, use the third game as a regular season dress rehearsal and then sit out the fourth game, where the fringe roster players are trying to make the 53-man squad.

What the starters strategy entails is that you look at, or make roster projections for each team you are considering betting on or against, and count how many of your projected starters are planning on suiting up in that week’s preseason game. If one team is only missing a few starters in Week Two of the preseason, and the other team is missing more than half of their starters, including their quarterback, there’s a good chance that the first team is undervalued in that game’s point spread.

Strategy 3: Betting on or against rookie coaches

In 2018, the Arizona Cardinals hired a new coach, Steve Wilks. Trying to establish a winning environment, Wilks led the Cardinals to wins in their first three preseason games. In those games, Arizona used the following quarterbacks: Sam Bradford, Josh Rosen in his rookie season, Mike Glennon, and Charles Kanoff, an undrafted free agent out of Princeton.

When you are looking at regular season lines, if you check out a dozen different getting sites, you will generally find the exact same spread for each game, with no more than a half-point discrepancy between sites. However, when it comes to making NFL preseason picks, the spreads, particularly opening lines, will vary far more than that.

An expert bettor will have enough information to predict the exact line for a regular season NFL game within a point, but there are so many more variables and unknowns with preseason games that lines are far more unpredictable in the preseason. The way to take advantage of this is to jump on the outlier line early and throw a bet on whichever line offers you an extra point or two, as soon as the lines are released.

Strategy 5: Betting on the better quarterback

When you look at the 2018 Cardinals team mentioned above, it is important to note that they never faced a starting quarterback during their excellent preseason run. If you simply bet on the team slated to play their starting quarterback for a larger portion of the game, or alternatively, the team with the better backup quarterback, you are already looking at a betting advantage.

Some teams play their starting quarterbacks more than others. The Kansas City Chiefs are historically a team that does not care about winning preseason games, and indeed, they once had a stretch where they only covered seven times in a span of forty preseason games. Don’t be swayed by a team’s pedigree, if they aren’t playing their starters, treat them the same way you would in the regular season if they were missing half of their starters.

? Time to Put the NFL Preseason Betting Strategies to the Test What is Moneyline Betting in the NFL?

Learn how NFL moneyline betting works, including how to read NFL odds, differences between spread & totals bets, and strategies for the best NFL... How to Bet Over/Under on NFL Games

Learn how NFL over/under betting works, including how to read NFL odds, differences between moneyline & spread bets, and tips for the best NFL... What Is Prop Betting in the NFL?

Learn the basics of prop betting including how to read NFL odds, what props are, strategies & tips for prop betting, and more to make the best... Learn the most important football betting mistakes to avoid this season! Get tips and strategies for making smart NFL picks and identifying key NFL... 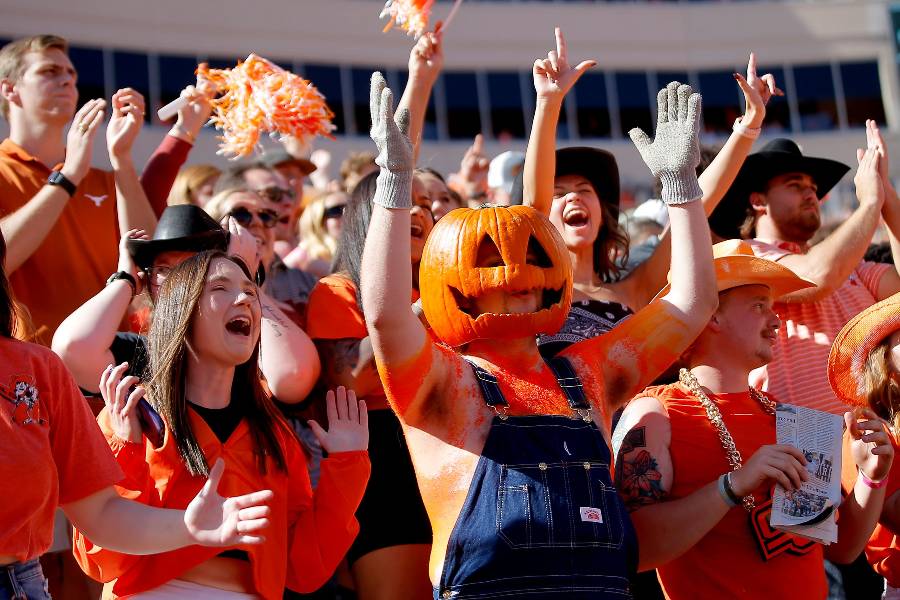 Differences Between Betting on the NFL and College Football

Learn the differences between betting on the NFL and college football with this guide. Read about differences in spread, league size, schedules, and... How to Bet Against the Spread in the NFL

Learn how NFL spread betting works, including how to read NFL odds, differences between moneyline & totals bets, and strategies for the best NFL... How to Bet on the NFL

Betting on sports is more popular than ever and the most popular sport to bet on is the NFL. As more and more states legalize sports gambling it has...