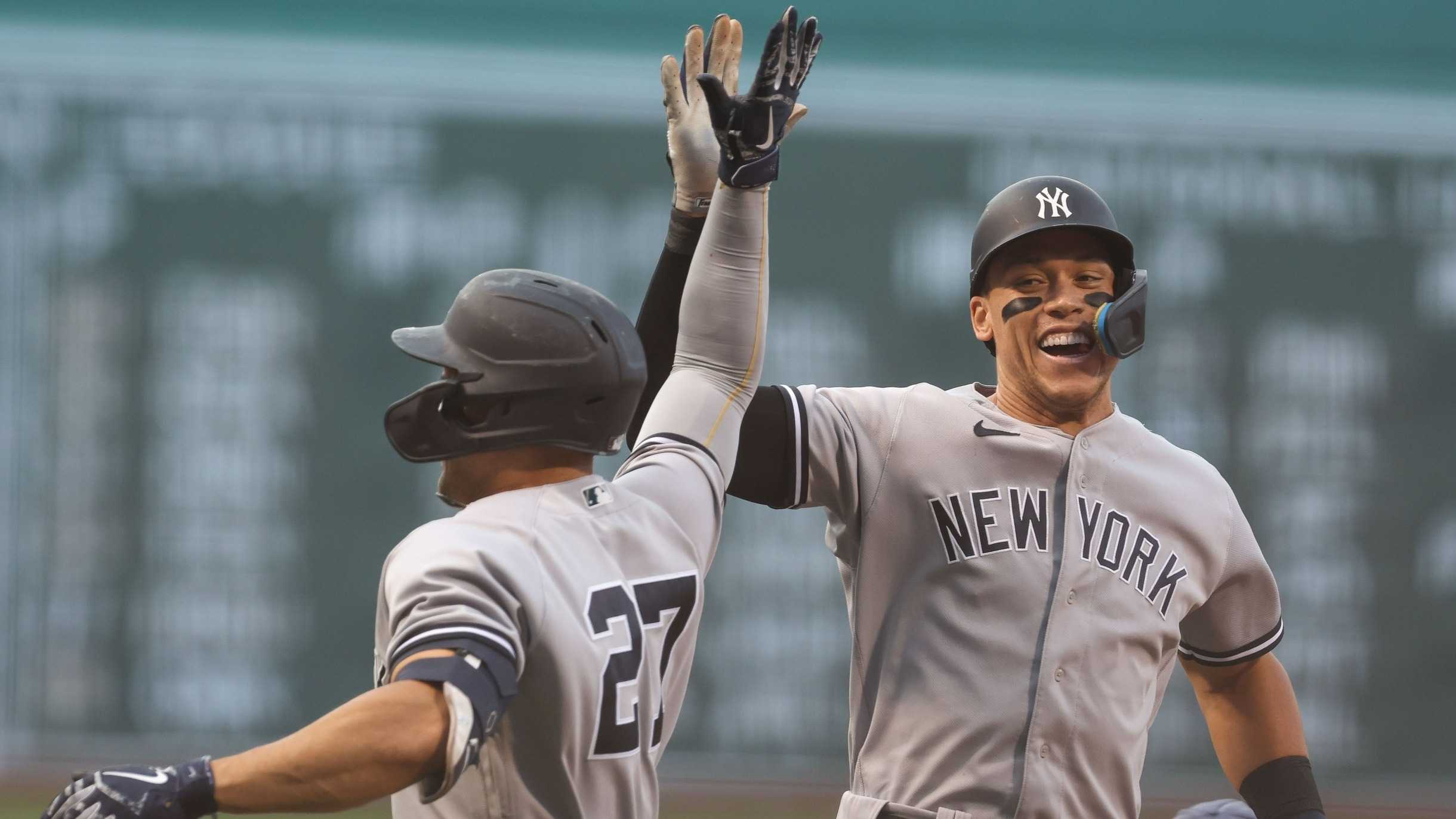 Now that Major League Baseball passed its halfway point, fans hope their teams are poised for a postseason run. As the league’s schedule stretches through the summer, MLB odds continue to favor dominant pitchers and potent lineups as MLB Power Rankings continue to fluctuate.

The Los Angeles Dodgers stormed back from a five-run deficit on Sunday to keep their winning streak alive, running it to an NL-best seven straight. The Dodgers hold the best odds to win the National League and saw four players named to the NL All-Star team over the weekend. The New York Yankees own the best odds to win the American League, and saw a league-high six players earn All-Star berths. The defending World Series champions, the Atlanta Braves, led the NL with five All-Stars and still sport the fifth-best MLB World Series odds.

With the All-Star Break fast approaching, and the trade deadline looming on the horizon, it’s time to take a look at which teams sit atop our latest MLB Power Rankings.

The New York Yankees remain atop the MLB standings despite a 5-5 stretch over their last 10 games. The Yankees split a four-game road series with their archrivals, the Boston Red Sox, over the weekend and saw a league-high six players earn an All-Star berth. The Bronx Bombers continue to pace MLB in homers (146) and OPS (.771), while maintaining the largest division lead in baseball (14 games).

The Los Angeles Dodgers moved up a spot in our Power Rankings following a dominant 10-1 homestand that finished with a sweep of the Chicago Cubs over the weekend. The Dodgers host the All-Star game this season and fittingly saw two pitchers named All-Stars, considering LA leads MLB in ERA (2.96) and WHIP (1.07).

The Houston Astros slipped one spot in this week’s Power Rankings, to no fault of their own. Houston posted an 8-2 record over their last 10 games and opened a 12-game lead in the AL West, the second-widest margin in MLB. Unfortunately, the Astros saw their AL MVP candidate, Yordan Alvarez, land on the 10-day IL this week with a hand injury.

The Atlanta Braves started a pivotal series against the New York Mets on Monday, hoping to take control of the NL East, but fell 4-1 to Max Scherzer on Monday night. Atlanta started June 10.5 games behind the Mets in the division, but is now just 2.5 games back. Atlanta had been an MLB-best 22-8 over their last 30 games, ranking second in homers (133) and third in OPS (.761).

The New York Mets welcomed Max Scherzer back to the rotation last week and hope the perennial All-Star can carry the staff through July as Jacob deGrom works his way back. The Mets are sending four players, Pete Alonso, Edwin Díaz, Starling Marte and Jeff McNeil, to next week’s All-Star Game.

The Boston Red Sox snagged a pair of come-from-behind victories over their archrivals, the Yankees, this weekend, which propelled them up one spot in these power rankings. Boston’s won 18 of their last 30 games and sport MLB’s top batting average (.261). The Red Sox rank third in on-base percentage (.325) and fourth in runs-per-game (4.77).

The Minnesota Twins saw two of their players earn their first All-Star berths. Luis Arraez leads MLB with a .348 batting average and Byron Buxton, who’s fifth in homers (23). The Twins hold the AL Central lead and sport the AL’s fourth-best run differential (plus-50).

The Milwaukee Brewers still hold the lead in the NL Central after an 11-9 stretch in their last 20 games. The Brew Crew saw two pitchers, Corbin Burnes and Josh Hader, receive All-Star nods. Those two have helped Milwaukee register the second-most strikeouts so far this season (824).

The Philadelphia Phillies made one of the biggest jumps in this week’s MLB Power Rankings, moving up three spots from No. 12. Despite losing Bryce Harper, the Phillies posted a 7-3 record over their last 10 games and hold an NL Wild Card spot. Kyle Schwarber ranks second in MLB in homers (28) and will make his second All-Star appearance.

The San Diego Padres haven’t been playing great baseball of late, going just 3-7 over their last 10 games. That said, they’re still squarely in control of the NL’s second Wild Card berth and sport two All-Stars, Manny Machado and Joe Musgrove, on their roster. And that’s without Fernando Tatis Jr. still.

The Tampa Bay Rays looked to move up these MLB Power Rankings following a 5-1 stretch last week. But the Rays just lost three straight to the Cincinnati Reds and lost both Wander Franco and Kevin Kiermaier to the injured list.

The Seattle Mariners made the biggest leap in this week’s MLB Power Rankings, jumping five spots from No. 17. Seattle’s 9-1 over their last 10 and 16-4 over their last 20, tied for the top record in MLB. Julio Rodríguez became the only rookie named to the All-Star team, as well as the youngest All-Star at 21 years old. Rodríguez is the fifth Mariners rookie All-Star in franchise history and the first since Ichiro in 2001.

The St Louis Cardinals lost their hold to the last NL Wild Card spot over the weekend but remain in the mix for a postseason berth midway through the summer. The Cardinals saw four players earn All-Star berths, including 22-year veteran Albert Pujols, who’s making his 11th All-Star appearance as a special selection.

The Toronto Blue Jays slipped three spots for this week’s MLB Power Rankings following a disastrous 10-game stretch where the team posted a 1-9 record. The Jays still sport one of the league’s top offenses and saw two of their players, Alejandro Kirk and Vladimir Guerrero Jr., get starting spots for the AL All-Star team and two more, Alek Manoah and George Springer, earn reserve roles.

The Miami Marlins move up one spot in these rankings thanks to a 7-3 run over their last 10 games, including a 2-2 series split on the road versus the New York Mets. The Marlins saw two players, Sandy Alcantara and Jazz Chisholm Jr., earn All-Star berths, and Alcantara could very well start for the NL in LA.

The San Francisco Giants managed just a 3-7 mark over their last 10 games, but remain two games back in the Wild Card race. Joc Peterson earned his second All-Star appearance, but Carlos Rodon was a noticeable snub off the NL roster.

The Baltimore Orioles jumped four spots after the team notched their eight-straight win over the weekend. That matches the team’s longest streak since 2005. The O’s are 14-6 over their last 20 games, tied for the fourth-best mark in baseball, and have positioned themselves two games back in the AL Wild Card race.

The Chicago White Sox moved up one spot in the power rankings following a 6-4 mark over their last 10 games. Tim Anderson earned the White Sox’s lone All-Star berth and leads the team in an important eight-game stretch versus Cleveland and Minnesota starting this week.

The Cleveland Guardians grabbed first place in the AL Central early last month, but have struggled mightily since then. Cleveland tied for the worst record in MLB over the last 20 games, 6-14.

The Texas Rangers managed just a 3-7 mark over their last 10 games and saw the Seattle Mariners blow passed them in the AL West standings. Starting pitcher Martin Perez stands as a lone bright spot for the Rangers this season, earning his first All-Star berth after posting the sixth-lowest ERA in the AL so far (2.72).

The Colorado Rockies managed a 5-5 mark over their last 10 games, thanks in large part to Kris Bryant’s performance last week. Bryant went 11-for-28 with three doubles, four homers, six RBI and eight runs in what’s his best stretch with the Rockies.

The Arizona Diamondbacks moved up one spot despite going 4-6 over their last 10. Relief pitcher Joe Mantiply earned Arizona’s All-Star spot this season with his 1.83 ERA and 0.87 WHIP so far.

The Los Angeles Angels finished their 9-game road trip with a 1-8 record, with the lone win coming thanks to a dominant pitching performance from Shohei Ohtani. The Angels are now 14-36 over their last 50 games, but still have two All-Stars in Ohtani and Mike Trout.

The Pittsburgh Pirates sport one of the most exciting young talents in MLB with Oneil Cruz. The Pirates posted a 5-5 mark over their last 10 but should still be sellers at the trade deadline. Relief pitcher David Bednar is Pittsburgh’s lone All-Star.

The Detroit Tigers put together a solid stretch over their last 20 games, going 11-9, which tied for the ninth-best mark in MLB. Future Hall-of-Famer Miguel Cabrera received a special selection for the All-Star game, his 12th appearance. Relief pitcher Gregory Soto earned his first All-Star berth as well, thanks to his 17 saves.

The Chicago Cubs seemed poised for a move up these MLB Power Rankings prior to a four-game sweep at the hands of the LA Dodgers. Despite that, the Cubbies are 9-11 over their 20 games and actually have two All-Stars, Willson Contreras and Ian Happ.

The Cincinnati Reds jump two spots on this list thanks in large part to a three-game sweep of the Tampa Bay Rays over the weekend. The Reds posted a 6-4 mark in their last 10 games and last week enjoyed four walk-off wins.

Believe it or not, the Oakland Athletics actually move up one spot for this week’s MLB Power Rankings. The A’s posted a 5-21 mark in the month of June, but already have four wins in July. Starting pitcher Paul Blackburn earned the team’s lone All-Star berth, his first.

The Washington Nationals slipped to the bottom of this list following a 1-9 stretch over their last 10 games. The Nationals sport the league’s worst run differential (-142), but saw Juan Soto earn his second All-Star berth. At 23-years-old, Soto’s the NL’s youngest All-Star and his 17 homers this season are tied for ninth in the NL. 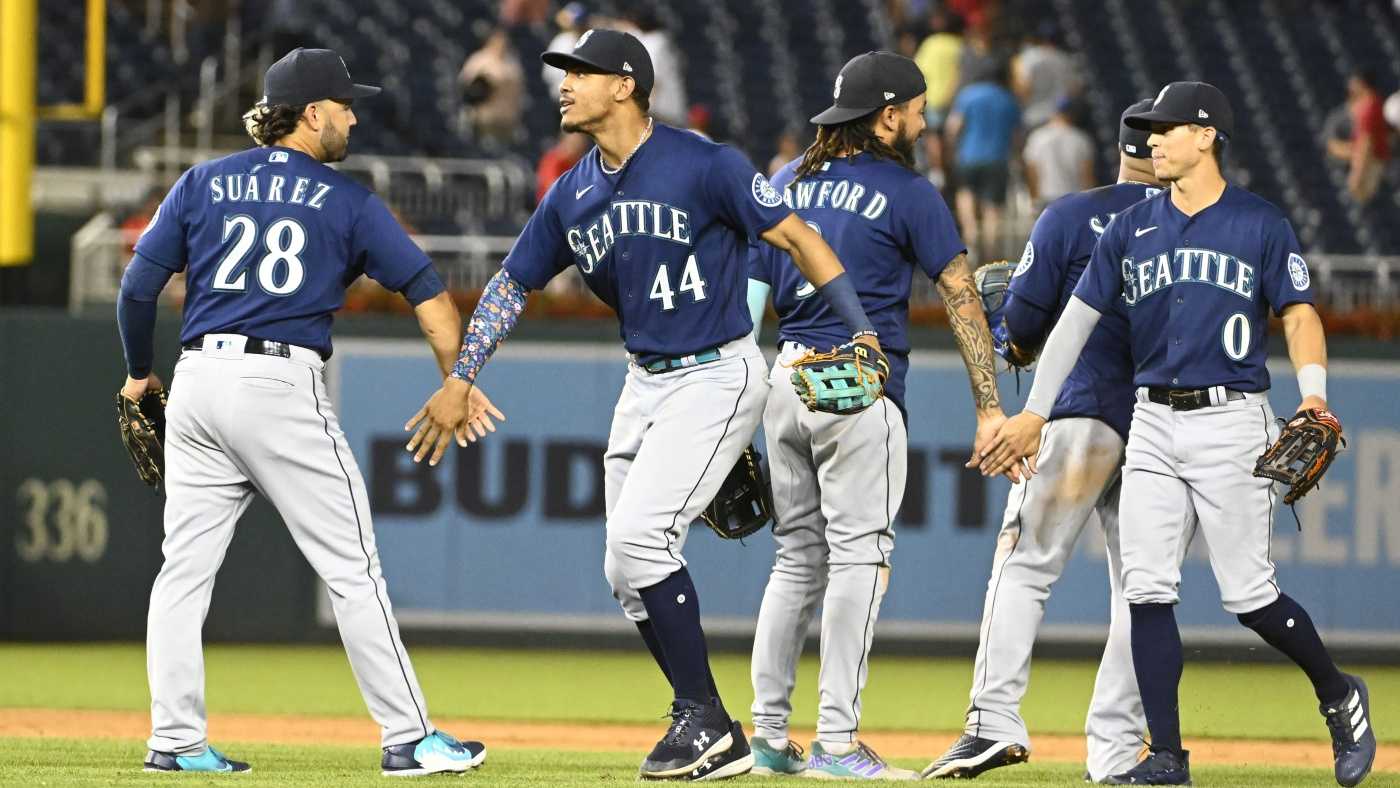